Are we ALL the 1 percent?

Despite confusion of the Occupy Wall Street protests, they have a point. For those who would like some facts, here they are:

According to the CIA World Fact Book rank of income inequality, the U.S. is slightly better than in Bulgaria, but we’re worse than Iran, China, and Russia.  As a democracy, that should be embarrassing.

If you’re one of the peons in light blue, don’t feel bad, because you’re STILL at the tops from a global perspective. According to the Global Rich List, a salary of just $35,000 will place you squarely in the Top 5%. Starting to feel like a greedy ne’er-do-well? You can give a donation to help someone truly in need.

Just what we need: more cashiers with college degrees

The value of a college degree is already in question. Economists and educators are just beginning to realize that education (as distinct from job training) will not raise income or create new opportunities for the majority of the population. There just aren’t enough good jobs available. Furthermore, the good jobs that are available often require specific job skills and training that aren’t learned at college.

Walmart’s program to allow cashiers, clerks, and other low-level employees to spend $24,000 for an online bachelor’s degree seems rather absurd. Are there really better jobs available for the 1 million+ employees if only they had the degree? I think not – there aren’t enough jobs as it is.

The goal is to shed light on  small businesses in “main street” industries by providing accurate and detailed statistics. 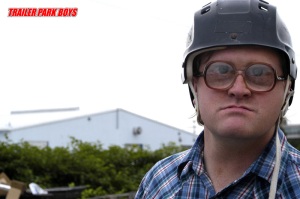 Trailer Park Boys (television show and movie) is an amusing and sometimes heartbreaking look at struggles towards life and happiness in an RV park in Nova Scotia. But while the Boys were busy with various get-rich-quick schemes, private equity investment firm Context Capital Partners entered the space.

Industry data shows EBITDA margins of 27%, slow but steady growth around 2% per year, and extreme fragmentation for the RV Parks and Campgrounds industry (NAICS 721711). And at, $1.7 billion market size, it’s worth a second look.

Weather is complicated. Many scientists (plus Al Gore) strongly believe that Global Warming is already wreaking havoc on weather patterns.

The havoc, they say, may take many forms: warm winters, wildfires, hurricanes, flooding, cold summers, cold winters, and the list goes on….

If only the scientists had called it Earth Cancer, or Extreme Weather Mutation, the news every night would focus on the issue. “This is the third coldest April 17th since 1991,” a weatherman would report with grave concern. “This is the second rainiest April 18th since 1989,” might be the following day’s breaking news. From a statistical standpoint, anomalies can be found everywhere – yet they would all be attributed to Earth Cancer – since the name would seem consistent with any weather anomaly.

In a groundbreaking study, researchers at Harvard Medical School used social networking techniques to track the spread of obesity. They found that even though obesity is a non-communicable disease, risks for becoming obese could nearly triple in some instances, solely based on relationships one has with obese people. Having an obese brother or spouse makes you 37% more likely to become obese in the next 2-4 years; having an obese friend can make you up to 171% more likely for you to become obese yourself.

The Harvard researchers believe this is a causal relationship:  that the obese friend causes you to become obese as well. If this is true, then those politicians in favor of “family values” or “friendship” may soon be in a conundrum – since such tendencies are likely to increase the spread of obesity.

Of course, other scientists note that correlation is not causation: it may be more likely that there are other environmental factors at play that merely correlated with social networks. If friends like McDonalds – then should we blame the friends for eating with us there or should we blame McDonalds for serving fattening food?

In the recent bestselling book The Black Swan, Nassim Nicholas Taleb argues that traditional models focus on predicting events that stay within a “normal” range – that is, outliers and extremely rare events are excluded from the analysis and therefore are not predictable.ans, he argues, alter history with great frequency but we tend not to recognize their importance and rationalize them away post-facto. His hedge fund takes advantage of the rare event of a stock “exploding” – much the way a venture capital firm bets on many startups with the hope that one will become a Google.

The Economist reports on a study showing our inability to predict recidivism in criminals – even within a group of criminals who are very likely to become repeat offenders, there is wide variation in any individual criminal’s likelihood. What this means is that although we may be able to classify someone into a high-risk group, we still don’t know how likely he/she is to commit a Black Swan event .

Rather than building a model based on one (or a few) scenarios and optimizing to find the result with the highest expected value, what if we optimize to choose the result that is most robust? I.e., when dealing with policy affecting global environment and international economics, the best policy will be one that can *never* result in widespread destruction. We can’t build a portfolio on worlds the way a venture capitalist can, so when we bet the farm on a single set of policies, we should prefer a policy that eliminates the possibility of World War III or widespread famine over a policy that offers the possibility of a utopia (but might end in World War III instead).

When we look at analysis – we must ask whether we want to predict the unusual event or the mundane event, and in the latter case what ramifications the Black Swan event can have on our business or our life.

Military Strategy and the War in Iraq

“I call upon the United States Congress to give General David Petraeus a chance to come back and tell us whether his strategy is working,” said President Bush on 10 July 2007.

Imagine being in General Petraeus’s position. Could you do better?

The answer is that strategy depends on objectives. What are we trying to do?

The problem here is not that the General’s strategy is unsuccessful, but that we have too many objectives – too many ways of measuring success. Given the resources available ($5B/month) it is possible to achieve some but not all objectives.

What Do Americans Do?

A study on American daily activity reports that Americans are as likely to watch TV as to laugh, and as likely to nap as to exercise.